In south west London, the borough of Wandsworth is famous for its prison, the dogs and cats home and Battersea power station (recently acquired by Apple) – now we’re helping to make it famous for public art.

A former car park at Osier Road in Wandsworth is a brownfield site currently being developed by Taylor Wimpey.

The Radius development consists of apartment buildings up to eight storeys high overlooking a public square. The 152 apartments are developed to level 3 of the Code for Sustainable Homes, meet Lifetime Homes requirements and have 10% adapted for wheelchair users.

In 2013 Plan Projects were appointed to design the public realm at Osier Road. In 2014 Plan Projects brought artist and designer Walter Jack Studio onto the team to produce a functional, attractive landscape design that incorporated an element of public art.

The design Walter Jack produced is both arty and functional and cleverly connects the inside and outside space; creating a high quality, playful public square complete with colourful ‘carpets’ and ‘columns’.

We have been working with Walter Jack for a few years so they are familiar with our versatility, ability to mix bespoke colours and passion for pushing the creative boundaries of SureSet.

The ‘columns’ were delivered to Osier Road in September and the carpets installed during November.

Watch a time lapse video of the columns being installed…

“We approached SureSet to use their material in ways it hadn’t been used before. We firstly worked with them on prototypes and samples to achieve our aim. They have been, at all times, professional, intelligent, enthusiastic, generous and patient – and very persistent. The result is a triumph. Thanks to all for a truly excellent job. I hope we get to work together again soon.”

In 2020 the EcoBatcher will save a project of this size 12 single-use plastic buckets! 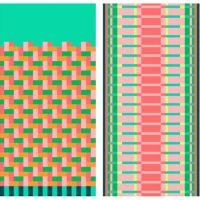 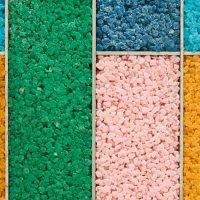 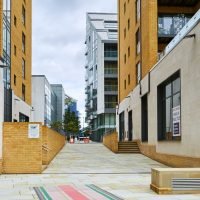 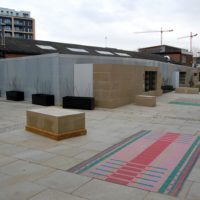 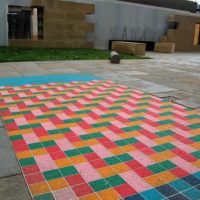 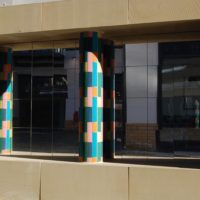 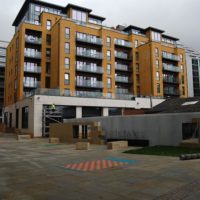 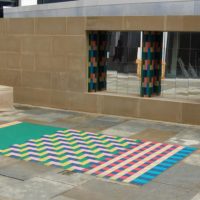 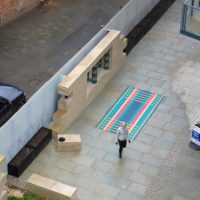 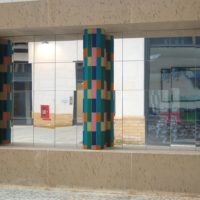 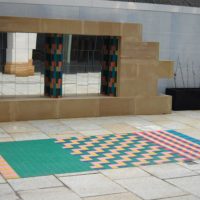