This £2.2m state of the art chemotherapy unit at North Devon District Hospital was funded by the charity Over and Above who fundraise for ‘over and above’ what the NHS is able to provide.

Now named the Seamoor Unit, following a public appeal for suggestions for a name reflecting the North Devon landscape; the unit has its own drop-off point, reception and waiting area, consulting rooms and four treatment rooms – two open plan and two en-suite.

In January 2014, the Barnstaple branch of the Morgan Sindall Group, were awarded the building and external landscaping contract for the new unit.

The architect David Wilson Partnership contacted SureSet in September 2014 with regard to specifying our permeable paving for the landscape the area surrounding the unit. The design of the outside area creates a practical, pleasant space for patients and their visitors to use.

In March 2015, battling with four days stop and start due to intermittent rain, our Installation Team completed a 132m² area consisting of pathways and hard landscaping. SureSet in Barley Beach and Gunmetal Grey creates a curved pathway and, in other areas, perfectly complements planted areas and feature brick paths.

Specifying SureSet permeable paving will support hopes of the hospital getting a BREEAM excellence award.

The new Seamoor unit was officially opened by Prince Edward in September 2015.

In 2020 the EcoBatcher will save a project of this size 132 single-use plastic buckets! 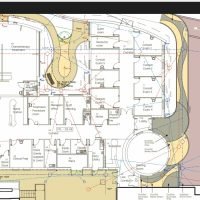 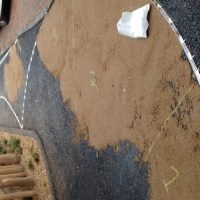 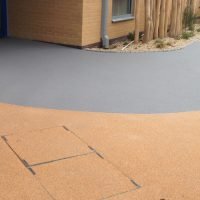 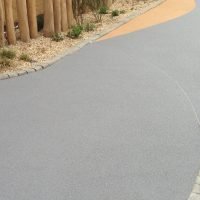