This pool surround project for a four bedroom detached family home, right on the edge of a pretty village in Rutland, is one of our more interesting installations.

Having installed the pool 25 years ago, Mr and Mrs Kidston began a complete refurbishment project 12 months ago.

The pool, which is sits in its own extension, is used by Mr and Mrs Kidston who swim every morning for exercise and by visiting family – a firm favourite with their grandchildren!

The pool is two thirds in the ground and has a walkway (pool surround) on all four sides. The walkway and floor were carpeted – underneath the walkway is pressure treated timber and the main floor concrete.

Mr Kidston contacted us in March 2016 asking if SureSet was suitable for resurfacing the walkway and floor.

Discussions with our Technical Team concluded that SureSet shouldn’t be laid on top of the timber forming the walkway, because of the potential for movement which may damage the SureSet.

To prevent this happening our Installation Team laid a sheet of WBP plywood over the existing timber boards using countersunk headed stainless steel screws. Nosing profile edging was then applied, providing a secure edge for the SureSet to be laid up to.

The next decision was the colour…

Mr and Mrs Kidston had a colour in mind, so starting with Snowdrop and Platinum and envisaging them with some blue and/or green, they agreed on a bespoke blend of Smokey Rose with Blueberry (instead of the pink pieces).

We produced a sample of their suggested mix, but it was a little too dark. After further discussions with Warren (our Sales Advisor), the blend was tweaked a little and named ‘Danish Blue’.

This was exactly what Mr and Mrs Kidston had in mind – so we set about colour coating recycled glass ready for this completely unique, bespoke installation.

Four months from their initial enquiry and Mr and Mrs Kidston could not be happier, as you can tell from this email Warren received immediately after the installation:

“Well, we are finally there!   I just wanted to thank everyone for the excellent job that SureSet have done. From you, infinitely patient as I made slow progress in choosing the final colour and edging, to your Operations Team who were all so easy to deal with.

Special thanks to Nat and his Team who did such a super job of installing the edging and laying the mix.

Everyone has performed so well I can honestly say it has been a pleasure doing business with you.”

“First rate. It seemed like a company with an excellent team spirit who have a determination to make things work.”

In 2020 the EcoBatcher will save a project of this size 20 single-use plastic buckets! 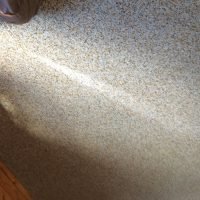 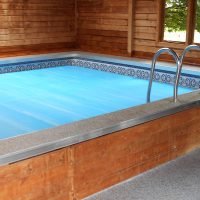