Based in the heart of Newcastle upon Tyne, Northumbria University originates from three colleges: Rutherford College of Technology, the College of Art & Industrial Design and the Municipal College of Commerce. In 1969, they were combined to form Newcastle Polytechnic.

Esh Build were contracted to demolish Rutherford Hall and deliver a new state of the art building to accommodate a Computer and Information Sciences (CIS) department.

Esh Build originally contacted us in 2016 about the resin bound aspect of this prestigious project.

The brief for the new CIS building was based around sustainability and designed to maximise energy efficiency:

Solar glazing provides a low U-value which minimises heat loss and increases the amount of daylight, reducing the need of artificial lighting.

External columns, fitted with thermal breakers, prevent the cold being transferred into the building.

Recycled sub base consisting of inert materials from local suppliers was used during construction; utilising waste that would have otherwise gone to landfill and reducing vehicle.

SureSet resin bound paving was specified for the external pedestrian area as it complied with the sustainability brief of the project.

In January 2018, our Installation Team were onsite completing the resin bound aspect of the project; which also included concrete block paving, tactile paving and kerbs in silver grey granite.

In 2020 the EcoBatcher will save a project of this size 350 single-use plastic buckets! 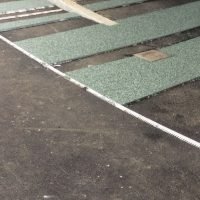 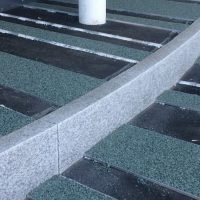 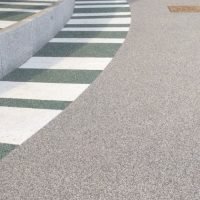 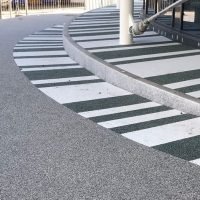