Royal Holloway University is one of the largest colleges in the University of London; serving around 9,000 undergraduate and postgraduate students. It was officially opened by Queen Victoria in 1886 and remained an all-women college until 1945.

In 2015 work started on The Founder’s Building to construct a new Library and Student Services Centre which is due to open in autumn 2017. The new building will be named after one of Britain’s most famous suffragettes, and Royal Holloway alumna, Emily Wilding Davison.

The Founder’s Building was the original building of Royal Holloway College and its “Harry Potter” type Gothic architecture that was modelled on an elaborate red-brick building – the Château de Chambord, France.

We were contacted by our Approved Installer Spadeoak who were contracted to install the resin bound aspect of the Founder’s Library project. The project included steps, footpaths and wall seats totalling 2,100m² around the new building.

The SureSet blends of Norwegian Pearl and Barley Beach natural aggregate were specified to complement the colours and style of the building.

Spadeoak’s client is absolutely delighted with the completed installation which included the application of StepRises, the installation of seamless resin bound pathways and infilling bespoke metal trays with SureSet permeable paving and laying them on top of a low wall to create a dry place for students to sit.

The neutral colours of Norwegian Pearl and Barley Beach sit sympathetically with the beauty of this distinctive Grade 1 listed building.

In 2020 the EcoBatcher will save a project of this size 1680 single-use plastic buckets! 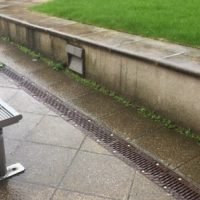 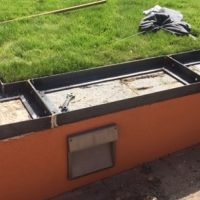 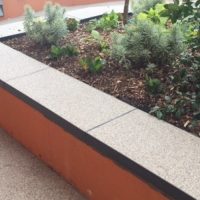 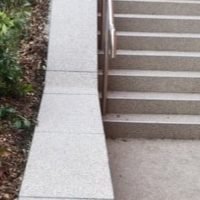