The recent installation of a new driveway at the £9m north London home of Mesut Özil was all over the press early in May.

As speculation grew as to whether, or not the £42.5m midfielder would be extending his contract with Arsenal, the installation of a new driveway seemed to indicate to some journalists that he would be staying.

Having joined Arsenal in 2013, German born Mesut Özil previously played for Real Madrid and has been a member of his national team since 2006.

While it was reported that Mesut’s driveway was being Tarmacked, the reality is that the premier league player had instead, opted for a premier paving surface – SureSet.

With an obvious preference for the finer things in life, 28-year old Mesut is a huge fan of prestige motor cars; reportedly owning a Ferrari 458 Italia, a customised Mercedes-Benz G63 and a Lamborghini (among many others!).

Mesut’s ownership of a Ferrari is a hot topic for discussion because of his striking similarity to the founder of the Italian sports car Enzo Ferrari. Mesut was born three months after Ferrari died.

Here is just a small selection of the amazing feedback we have received from customers for whom Gibson Gardens have laid SureSet permeable paving.

“The finished result has exceeded my high expectations.”

“Very impressed with Scott and his Team who were very professional, friendly and reliable.”

“It looks excellent and is worth the expense for the final result.”

For more information about SureSet, Gibson Gardens or our premier league driveways please get in touch.

In 2020 the EcoBatcher will save a project of this size 92 single-use plastic buckets! 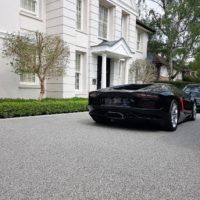 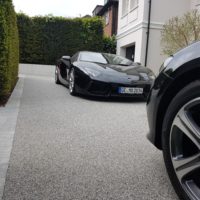 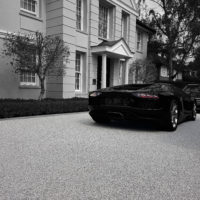