With its natural harbour and blue flag beaches, Poole is popular with tourists. You will find the highly regarded Sandbanks Beach here, well known for high profile residents that include Harry and Jamie Redknapp.

We were contacted by the owner of Hallmark Broadcast who wanted to discuss upgrading the external of his property in the Lower Parkstone area of Poole. This lovely family detached home had a pathway around the entire house, two driveways; one at the front and one at the rear, a small patio area and two small sets of steps.

Where the existing surfaces were a mish-mash of different finishes, our client wanted to create a natural, continuous flow around the property.

The project was also to include extending the front driveway and creating an accessible ramp from one set of broken-down steps.   The existing rear driveway was concrete that was stable enough to use as a base and the front was a combination of asphalt and concrete.

We were able to meet the brief by using the same colour Natural Aggregate throughout the pathway and driveway installations.

For the broken steps, we created a very useful ramp, while the set of steps at the front of the property were reformed using our StepRise. We made a useful visual feature with the steps by using the contrasting colours of Butterscotch and Chestnut.

“I’ve lived in this house for 16 years and have been on a path of regular improvement since then. The drive has always been a pet dislike of mine – all kinds of different surfaces, and not in great condition. I’d managed to keep it looking at least partly respectable by using several tins of tarmac paint, renewed every couple of years, but always a temporary fix. A longer-term solution has always been put off in favour of other improvements. Frankly, though, the outside of the house was starting to look very tired, and something had to be done. I was ashamed of my own property!   About a year ago I heard about resin-bound drives and paths and looked into having ours done. There’s a lot of companies to choose from and sorting out the wheat from the chaff is difficult. I believe in the maxim of “buy cheap, pay twice” and after having a less-than-satisfactory couple of visits from prospective suppliers, I parked the idea. I had a chance meeting that led to a discussion about SureSet, and I realised how much better their offering was. I’m not the easiest person to convince, but it was abundantly clear that SureSet was a premium quality company.

I took the opportunity to widen my front entrance at the same time and arranged for my known groundworkers to come and do that work – they prepared it all in line with the comprehensive notes that I got from SureSet.   During the work, I found the Surest Team were excellent – polite, on time, friendly, and very accommodating towards my incessant questioning. I was impressed that, despite not the best weather, the job was finished inside 3 days.   I can’t believe the difference it has made to my house – you can see yourself from the before and after shots here. Already, in the few shorts weeks, it has been down, passers-by have commented on the new look. I have a feeling that SureSet will be gaining some new customers from this!   I’d certainly recommend SureSet, the quality of service and workmanship is outstanding. A final benefit – remembering my philosophy of buying once – the price was certainly not expensive.”

In 2020 the EcoBatcher will save a project of this size 112 single-use plastic buckets! 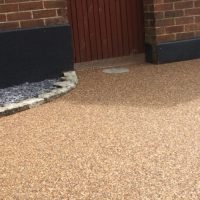 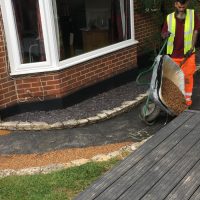 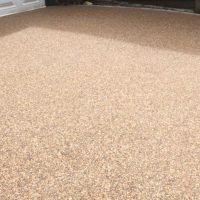 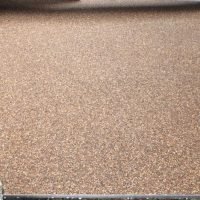 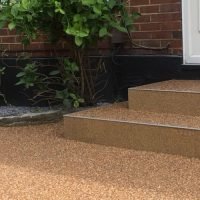 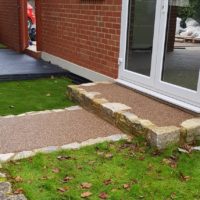