The Mayor’s London’s Great Outdoors programme, to improve streets, squares, parks, and canal and riverside spaces across London, provided an opportunity for funding these improvements via a Pocket Park.

Through an active, organised group, residents and traders in West Green Road were involved in designing their Pocket Park, which was funded jointly by the London’s Great Outdoors Programme and Haringey Council.

The pedestrian pathway through the new Park, which opened in June 2015, was finished with loose gravel. In the main walking areas the gravel was moving and exposing the Type 1 sub-base, which raised concerns about the long term maintenance of the area – because unless the gravel is swept on a daily basis and/or backfilled and compacted regularly it would remain in a constant mess.

Following a site inspection in December 2015, the Major Projects Manager for Haringey Council recommended that the loose gravel be removed and replaced with SureSet “to give the illusion of gravel without the maintenance issues”.

We completed the installation of resin bound paving in April 2016 and SureSet now edges directly against the walls of the surrounding buildings, the footpath, brick block road, around the planters and up to all drains and manhole covers.

The neutral colour of Barley Beach SureSet contributes to the warm welcoming feeling to the Park.

Haringey’s Pocket Park has completely transformed a previously rundown cul-de-sac into a sociable public space for everyone to enjoy.

The result of local people coming together and sharing ideas is a pretty place that everyone in the community can use. The Park features interesting plants and trees, new seating and space for community groups and schools to participate in activities such as food growing projects.

The decision to replace loose gravel with SureSet resin bound paving means that maintenance is no longer an issue. An occasional sweep and power wash is all that’s needed to keep it looking as good as new.

The pedestrian area now has a similar appearance to loose gravel but, as well as being far more durable, providing drainage and easy maintenance, other practical benefits include:

This project to replace loose gravel with SureSet is a perfect example of why it’s important to choose the right material for the job – first time.

All 100 Pocket Parks are now complete and you can find out where your nearest one is.

In 2020 the EcoBatcher will save a project of this size 197 single-use plastic buckets! 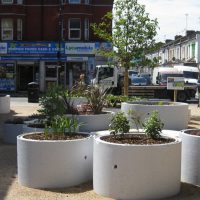 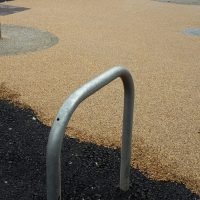 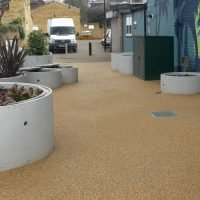 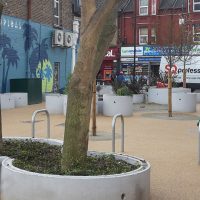