On a T-shaped island jutting into the Persian Gulf, Abu Dhabi is the capital and the second most populated city in the United Arab Emirates. It is also the capital of Abu Dhabi emirate, the largest of the UAE’s seven member emirates.

One of the oldest and largest parks in Abu Dhabi, Mushrif Central Park, first opened in 1982, with exclusive access to women and children.

In January 2013, the park closed to undergo an extensive 18-24 month $48m refurbishment project. According to their website, “the design of the new Mushrif Central Park respects local tradition, while capturing the dynamic nature and heritage of Abu Dhabi and the United Arab Emirates”.

With a focus on sustainability, the park will re-open early 2015, re-launching as the ‘People’s Park’.  Some of the new features of the park include a children’s zoo, a children’s garden with play areas and a performing arts venue.

Our representative in Dubai, Tanseeq, specified SureSet for a ‘wadi’ (a channel of water) and play fountain for children.

Two staff members from SureSet, Jim Newton (Overseas Director) and Dan Heydon (Operations Director) were on hand to advise and supervise the installation team that consisted of six men from Landscape Architects Tanseeq and Proscape.

“It was hard work, with temperatures well over 36 degrees during the day, we sometimes worked well into the night.  Aside from the temperature, the additional challenge we faced here was the complexity of the installation and working in a constant flow of water. Despite this, we completed the installation on time. The team worked extremely hard and dealt with the constantly changing colour blends without any issues. We could not have been more pleased with the end result – everyone, even the neighbouring teams and site manager, were delighted with the outcome. I can’t wait to see how the Park looks when it’s finished.”

In 2020 the EcoBatcher will save a project of this size 165 single-use plastic buckets! 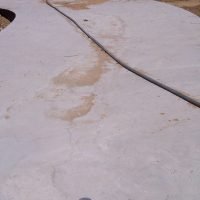 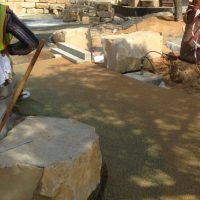 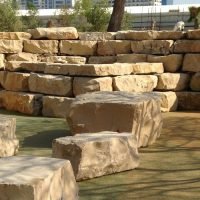 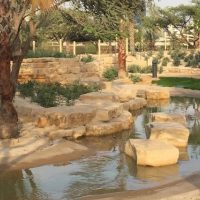