Having opened to celebrate the Silver Jubilee of George V, Jubilee Pool is one of the few remaining lidos in the country and an iconic feature of the Penzance seafront for more than 80 years.

The Jubilee Pool had to close following significant storm damage the winter of 2014 and essential structural works totalling £2.94m were carried out during 2015/16.

This huge project was made possible by funding from the Coastal Communities Fund (£1.95m) which was matched by Cornwall Council, Cornwall and Isles of Scilly Local Enterprise Partnership’s Regional Growth Fund, Tempus Leisure, the Friends of Jubilee Pool, and Penzance Town Council.

CORMAC began restoration work on this architectural important and much loved lido in June 2015 that included:

Ian Newby, Senior Project Manager for CORMAC said: “CORMAC are really excited to be involved in this project which brings many engineering challenges”.

When we were first contacted, in June 2015, the pool surround was specified as red, but during excavations at the pool Cornish Greenstone was discovered.

Greenstone has been traced back to the Penzance area. Although the exact quarry has never been identified, it’s believed to have been a place called the Gear – a rock now submerged half a mile from the shore at Penzance.

After receiving samples of the excavated Greenstone, we colour matched and sent samples for approval.

In April, once the exact colour blend had been agreed, we colour coated 33,000kg of recycled glass in the bespoke blend of Pool Green.

As one of the last trades on the site we completed the installation on 20 May and Jubilee Pool reopened 28 May 2016.

Even though plenty of new technologies have been utilised in this restoration project such as heating with geothermal energy and permeable resin bound paving, Jubilee Pool has maintained its Art Deco personality.

On May 28, the iconic Jubilee Pool, once again, opened to the public.

Jubliee Pool was offically opened by Prince Charles on July 18.

Scroll down to the bottom of this page for a video of the opening.

In 2020 the EcoBatcher will save a project of this size 1090 single-use plastic buckets! 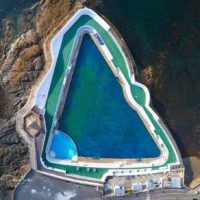 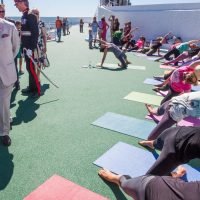 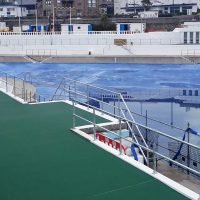 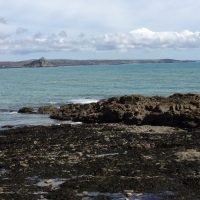