Improving the public realm at the Oval Triangle

Home » Improving the public realm at the Oval Triangle

The official name for the triangle shaped public realm opposite Oval Tube Station is “Kennington Oval” but it’s usually referred to as the ‘Oval Triangle’.

Formed in 2011, CVU is a joint venture that brings together the specialist skills of Colas, VolkerHighways and URS to deliver the London Highways Alliance Contract (LoHAC) highways maintenance and improvement contract for Transport for London (TfL).

CVU initially contacted us in October 2015 who, on behalf of TfL, were responsible for the public realm improvements at the Oval Triangle, between Camberwell New Road and Brixton Road.

As part of the improvements, SureSet was specified for 1407m² of pedestrian paving using our Natural Aggregate in Norwegian Pearl.

What before was an untidy looking patchwork of repaired tarmac, paving slabs and bricks – all broken with weeds growing through, is now a low maintenance, accessible, colour and texture consistent surface.

Chosen for its aesthetics, accessibility and permeability, we were able to accommodate our client’s programme of work without the need for excavation or drainage, and the installation was carried out as scheduled.

Our client, CVU  (Colas, VolkerHighways and URS) said they looked at other suppliers but chose us because we responded quickly to any questions and promptly provided samples upon request.

In 2020 the EcoBatcher will save a project of this size 1125 single-use plastic buckets! 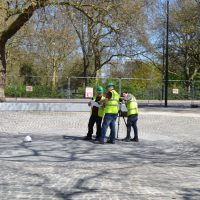 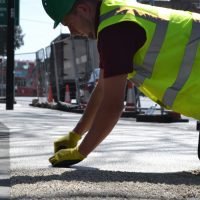 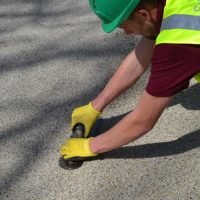 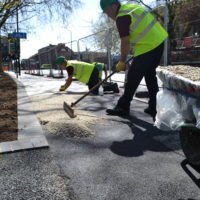 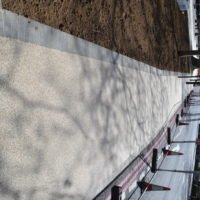 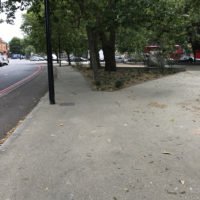 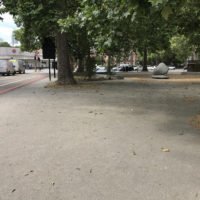 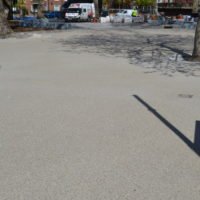