This ‘state of the art’ hospital also features a range of other services including a café, mental health act tribunal offices, a faith centre, a physical treatment suite, pharmacy, physiotherapy, occupational therapy and exercise therapy. Providing inpatient and outpatient facilities, the hospital was designed to promote a feeling of safe recovery.

We worked with Medical Architecture and Art Projects Limited (MAAP) and Laing O’Rourke over this four phase project.

In 2012 we were contacted by Laing O’Rourke, and others, in regard to the initial phase of works which comprised of six inner courtyards shared between three wards.

Work to create, calming, safe courtyards began at the beginning of 2014 with the installation 1,455m² of Barley Beach and Norwegian Pearl from our Natural Aggregate range.

Artstop Sudios contacted us about the second phase of work. They enquired about using colours from our recycled glass range Spectrum® to create some bespoke artwork designed by Dan Savage into the paving. After initial discussions Laing O’Rourke took over the supervision of this phase to ensure consistency of the project.

Dan Savage also designed the memorial to F/O Cyril Barton which can be seen at the entrance to the Barton Centre.

Phase three comprised of the installation of 100m² of 10mm Barley Beach set amongst planting and paving slabs to create a landscaped area to the front of a block of wards.

The fourth and final phase was the installation of SureSet within a pathway that includes bespoke patterns and lines from a specially written poem, within a landscaped area between the visitor’s car park and the hospital.

Throughout the hospital and grounds, the bespoke artwork beautifully reflects local history of the nearby Victorian water pumping station and Ryhope colliery as well as the local scenery of Ryhope Dene and the Tunstall Hills. While the design of the hospital successfully incorporates the stunning views offered by the North-sea coast and surrounding countryside.

Both inside and outside, Hopewood Park Hospital has surely set a new benchmark in modern mental health accommodation.

In 2020 the EcoBatcher will save a project of this size 1,306 single-use plastic buckets! 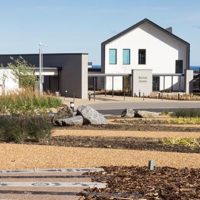 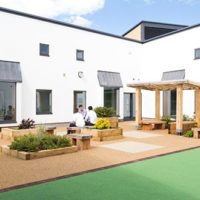 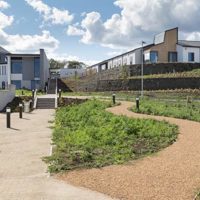 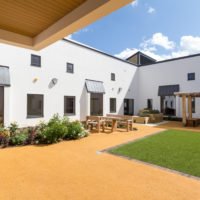 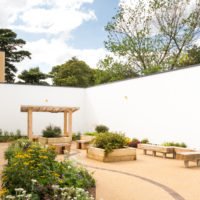 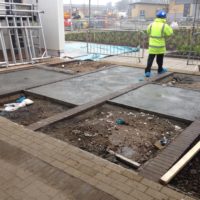 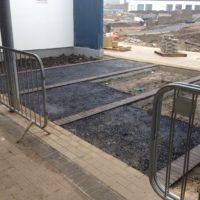 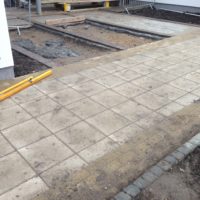