Following a fundraising campaign by Cecilia Bottomley and Flora Mackay, the Highland Hospice’s Day Hospice opened in November 1987.  It is the only hospice in the Highlands of Scotland serving adults with incurable life limiting conditions.

The redevelopment will cost in the region of £7 million. Highland Hospice have committed £2 million of these costs from reserves which have been built up over a number of years for this purpose, and a capital appeal is now underway to raise the remaining £5 million.

Almost 29 years later, and now with over 170 employees, Highland Hospice are approaching the final phase of their Project Build Appeal to rebuild their In Patient Unit on Ness Walk, Inverness.

The new Unit is due to open in October 2016 and will greatly improve the future of hospice care in the Highlands.  While building work takes place on the Bishops Road site, hospice services are currently based at temporary locations all over the Highlands.

Highland Hospice are appealing for the support of the Highland community to help them raise the final £80,000 required to reach their target of £4.5m for the Project Build Appeal (in addition to the regular fundraising required to run their day-to-day services.

The Project Build Appeal has been launched to raise the £4.5m needed to rebuild our inpatient unit, with additional funds coming from Highland Hospice reserves which have been built up over a number of years for this purpose. Highland Hospice is a charity. No charge is made to our patients or their families. We appreciate your support at any time, but by choosing to support our ‘Project Build Appeal’ you will be making a real difference to the future of hospice care in the Highlands.

Highland Hospice has launched a final push to hit its £4.5million target for the charity’s new facility in Inverness.

After a busy summer of fundraising, the “project build appeal” has reached the £4.1million mark -leaving £400,000 needed to be raised this month and next.

The hospice’s new riverside Inpatient Unit is poised to open its doors to patients in November.

Chairman Norman Macdonald said: “The Hospice is so grateful to have received such an extraordinary level of support from the public over the past three years.

“We are delighted to have raised £4.1million for this fantastic new facility, and this is testament to the kindness and generosity of all the communities in the Highlands.

“With just over two months left of project build appeal I would urge anyone who is able, to get behind us and help us to reach our final target.”

The successful summer included sending out a letter with a donation form to all Highland households in July, generating a “fantastic response”.

The hospice also issued “Brick-by-Brick” home money boxes last year, and has reminded supporters to return them by October before the appeal ends.

Events in the final weeks include a car raffle run by MacGregor Industrial Supplies, a ‘Bungee Ness’ jump which Tesco Inverness is running at Bogbain Farm on September 17, a Kingsmills Hotel golf day and dinner on September 30, a new “Ness Factor” singing competition, and the the Allie MacKenzie Memorial Dinner at the Kingsmills Hotel on October 29.

Highland Hospice’s head of fundraising Andrew Leaver said: “Although we are close to completing the building of our Inpatient Unit we still need funds to ensure the interior provides a truly relaxing and therapeutic environment.

“Our Project Build Appeal will continue right up until the new Hospice opens, so please take this last chance to make a donation or attend one of our Appeal events in September or October.”

“Every donation we receive will really make a difference to the hospice care we can deliver in the future.”

In 2020 the EcoBatcher will save a project of this size 1570 single-use plastic buckets! 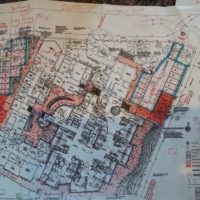 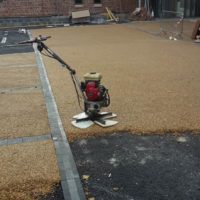 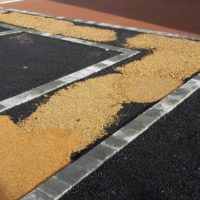 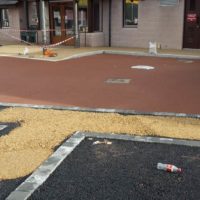