Durlston Castle is located in Swanage, Dorset and dates back to the 1800s.

This extraordinary Victorian building has been completely refurbished and is now home to a new visitor centre for the Durlston Country Park and National Nature Reserve, which stands as a gateway to the Jurassic Coast.

The refurbishment project, funded through the Heritage Lottery Fund, completely transformed the castle and grounds. SureSet was chosen to complete the final landscaping stages which put the finishing touches to a project which began eight years earlier.

SureSet has a proven track record in providing sustainable surfacing for prestigious heritage sites across the UK including St Anne’s Church, Isleworth War Memorial and King John’s Castle in Odiham.

The desired solution needed to reflect the traditional looks of the castle grounds whilst remaining sustainable for many years to come. In the end a bespoke mix was developed specifically for the project which was fittingly named Dorset Fawn.

Over 900m²of SureSet permeable resin bound paving was laid on a mixture of pathways, courtyards and observation areas within the castle grounds. The solution also included small sections of Norwegian Bronze which was selected to accentuate the areas of Dorset Fawn and further complement the building’s impressive facades.

The end result is a truly striking surface that complements the rest of the refurbishment works whilst preserving the traditional looks of the historic building and the grounds. The client was extremely pleased with the finished solution and SureSet also hold the project in very high regard.

Durlston Castle will remain a landmark for many years to come and now that the grounds encompass a fully permeable surface which is resistant to oil, stains and weeds and which will not fade or deteriorate over time, it will also be many years before there will be any need for further refurbishment.

In 2020 the EcoBatcher will save a project of this size 720 single-use plastic buckets! 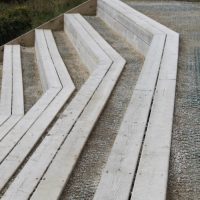 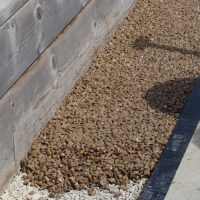 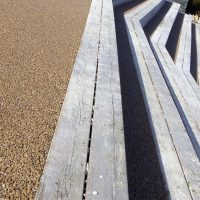 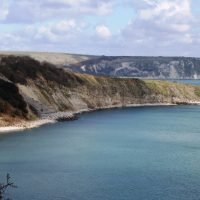