Chessington World of Adventures Resort is 12 miles southwest of Central London. It first opened as Chessington Zoo in 1931 and has been owned and operated by Merlin Entertainments PLC since 2007.

Home to more than 1,000 animals, Chessington Zoo is split into several areas including the AMAZU Treetop Adventure which opened in March 2014, complete with resident monkeys!

To cope with the continual growth in visitors Chessington World of Adventures Resort built a second Hotel and in August 2014, to compliment their existing Safari Hotel, the Azteca Hotel opened to guests.

In May 2014 SureSet was specified for an under-canopy walkway and external pathway for the new Hotel.

Our Technical Team were also involved in the project; testing the concrete additive being used in the construction of the underlying base to make certain it was compatible with SureSet.

In 2020 the EcoBatcher will save a project of this size 233 single-use plastic buckets! 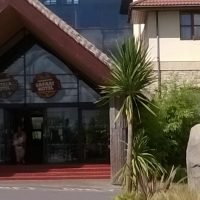 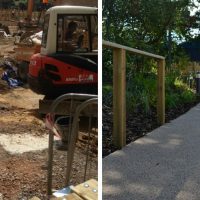 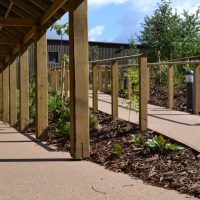 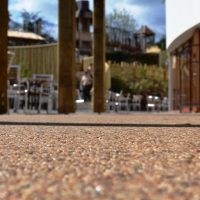