In 2015, a 112-year-old garrison in Arborfield, Wokingham was sold to developers, Crest Nicholson, by the MoD.

Plans for the new school featured two large courtyards which were to be landscaped to provide external classrooms and areas to eat and socialise.

In keeping with the eco-friendliness of the design, we were contacted by the project managers Dawnus in February 2015 to discuss the permeable resin bound aspect of the project.

In June 2017, we returned and installed 1,461m² of SureSet permeable paving in Barley Beach to pedestrian areas around the new school building.

Despite initial delays due to levels of contaminated soil, the new £32.5m, Bohunt School is ready to welcome new students in September 2017.

The extensive resin bound paving installation to pathways, courtyards and an impressive ‘amphitheatre’ style seating area has completely transformed the outside of the school.

The smooth, accessible surface provides a welcoming entrance to the main building and seamlessly links to other areas of the school.

In 2020 the EcoBatcher will save a project of this size 1170 single-use plastic buckets! 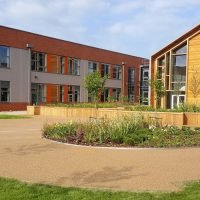 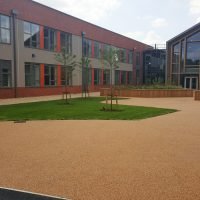 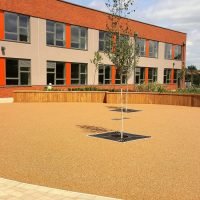 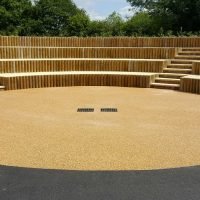 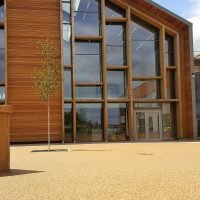