Bedford Park Mansions, first occupied in 1901, is part of Bedford Park – a suburban development within the London Borough of Ealing.

Bedford Park was the creation of Jonathan Carr providing a little paradise, away from the filth and poverty of 19th century London and setting a new precedent in creating a self-contained community, complete with a church, inn, shops and schools.

By the middle of the 20th century Bedford Park houses were becoming dilapidated; some converted into flats and some demolished. To preserve the character of the area, the Bedford Park Society was set up in 1963; in 1967, 356 buildings were ‘listed’.

During April and May 2014 we were contacted by several companies tendering for an external project at Bedford Park Mansions where SureSet had been specified.

The project included repairs to the front and rear forecourt surfaces and improvement of the surface water drainage system.

For its permeable qualities and having used SureSet on another site Michael Richards & Co, who were acting as project managers, placed an official order in March 2015.

Over two days in April, six men installed a 517m² turning driveway using 6mm Chocolate from our range of Natural Aggregate.   SureSet was laid at a depth of 20mm against the building and new brick kerb edging.

SureSet provides a smooth durable surface suitable for vehicles – because water drains through there will be no more puddles.

The Chocolate Natural Aggregate, supplied by Long Rake Spar, that was chosen perfectly complements the famous red bricks of this beautiful building.

“We are very pleased with the finished product which has been installed to a very high standard.”

In 2020 the EcoBatcher will save a project of this size 425 single-use plastic buckets! 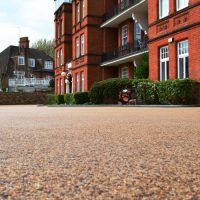 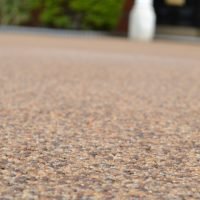 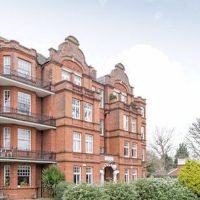 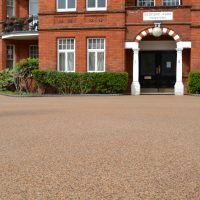