Always keen to push the creative boundaries of SureSet permeable paving, we were delighted to be asked to contribute to the Scraptors Sculpture Trail: ‘We will never forget’ at the National Trust Stourhead estate in Wiltshire.

The Sculpture Trail commemorates the centenary of World War One and is funded by the Heritage Lottery and Cranborne Chase AONB.

From their designs, using 3mm Barley Beach Natural Aggregate, we created (in two different sizes) six pyramids; symbolic in that these were some of the last images of men who fought and died in campaigns in Gallipoli and the Middle East. The pyramids were built on site at SureSet, collected and assembled at Stourhead by Scraptors at the end of August.

Open from tomorrow, three of the five planned Sculptures feature throughout Stourhead telling the story of how war affected the lives of local people; including Harry Hoare and Ebenezer Stone.

During the war Stourhead was owned by Harry’s father, Sir Henry Hoare. In 1917, aged just 29, Harry suffered fatal wounds whilst leading the attack at Mughair Ridge. Without a son to inherit Stourhead, Sir Henry gave the estate to the National Trust in 1946.

‘We will never forget’ culminates in 2016 with the creation and reveal of the final two Sculptures.

If you visit the Suclpture Trail at Stourhead we would love to hear what you think of it and see your photos – please get in touch. 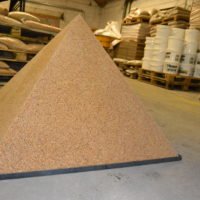 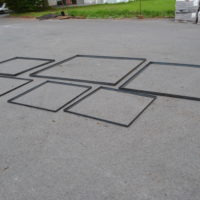 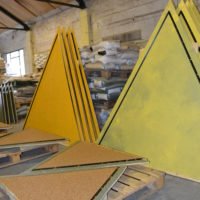 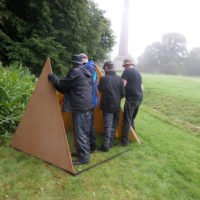 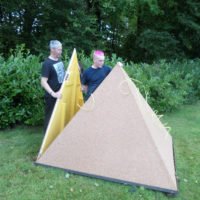