Earlier this year we were contacted about replacing a remembrance poppy installed in the Royal British Legion’s War Memorial Garden in Steyning, West Sussex.

In August our skilled Installation Team created a vibrant new 3m² poppy in the Memorial Garden. Chairman, Lewis Whittaker and other members of the Steyning and District Branch of The Royal British Legion were present on the day and delighted with their new poppy. Lewis said:

“The War Memorial Garden was totally reconfigured in 2011 and the design included a poppy mosaic fashioned on the Royal British Legion emblem. Sadly this became discoloured and in August 2014 it was replaced by SureSet with their own UV resistant coloured recycled glass range.  We selected the colours from their online selection: Traffic Red, Emerald Green and Traffic Black.
“The SureSet team were very efficient and obviously knew exactly what they were doing – this was not a straight forward ‘pathway’ type of  project and quite a fair amount of free thinking had to be applied.
“I have since received many complimentary comments about the new poppy, so thank you to the SureSet team!” 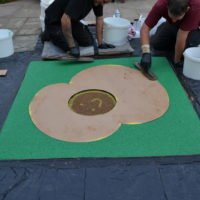 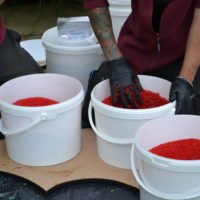 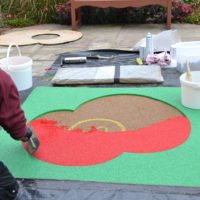 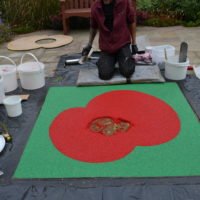 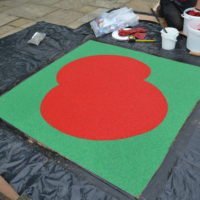 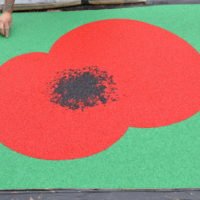